Showing posts from October, 2012
Show all

Jolene is a song originally written and performed by Dolly Parton for her album Jolene (1974). The song was covered by not less than 30 artists including the White Stripes and  Anneke van Giersbergen.  Who was Jolene? Why she become such a major threat? In an interview with  NPR  Dolly said " One night I was on stage, and there was this beautiful little girl. She was probably eight years old at the time. And she had this beautiful red hair, this beautiful skin, and beautiful green eyes. And she was looking up at me, holding, you know, for an autograph. And I said, well, you're just the prettiest little thing I've ever seen. I said, what is your name? And she said, Jolene. And I said, well, Jolene, Jolene, Jolene. I said, that is pretty, I said, that sounds like a song. I'm going to write a song about that." The story for her song inspired from a bank teller who was giving Dolly's new husband a little more interest than he had coming. " She got
Read more 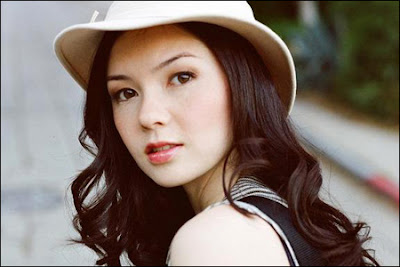 And if you are a songwriter, write songs. Write great songs that people want to cry to, fall in love to, laugh to, whatever — songs that will last.- Digby Those are lines from Marie's answer from an interview with NMR  website. Yes, she said also that her vocal range is not at what the people would amazed but it is true that she has a nice voice to listen to. With the ability to explore more feelings to write, her song would surely have the power to make the people smile, laugh, or even cry. In 2004, after graduated from Berkeley, she won a prize on  Pantene Pro-Voice competition with her song "Miss Invisible".  Nothing much happened until 2007, she posted many acoustic cover version of popular songs. The cover was including a Rihanna's Umbrella that now gaining it's 20 million views. Her debut album was released in 2008 titled unfold.  Now, she is doing her your love Asia concert for Philippines and Singapore. The Singapore date would be October, 28,
Read more

There's the moon asking to stay Long enough for the clouds to fly me away Well it's my time coming, I'm not afraid to die My fading voice sings of love, but she cries to the clicking of time, Oh, time. Wait in the fire... And she weeps on my arm Walking to the bright lights in sorrow Oh drink a bit of wine we both might go tomorrow Oh my love... And the rain is falling and I believe my time has come It reminds me of the pain I might leave behind... Wait in the fire And I feel them drown my name So easy to know and forget with this kiss I'm not afraid to go but it goes so slow... RIP Jeff Buckley  (November 17, 1966 – May 29, 1997)
Read more 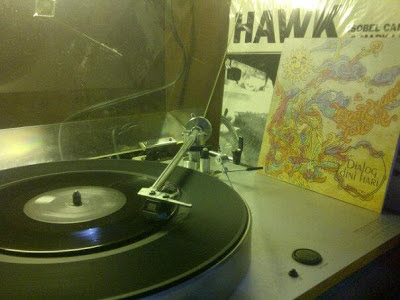 Dialog Dini Hari literally means Early Morning Talks of which the idea is from series of morning talks between members of two Balinese Bands in early 2008. Dadang SH Pranoto, a guitarist from Navicula, a well known  grunge band `from Bali,   and Mark Liepman from KAIMSASIKUN often talked over coffee in their nights through mornings. They turned the talks into lyrics and melody. The lyrics and melody blended into a song and become a doze of tranquilizer or the troubled souls. Described as an oasis in the desert, the songs are often folksy, ballad, and bluesy.  In July 2012, the band released their third album titled Lengkung Langit (Horizon). The album is presented in a limited edition 7"vinyl. Lengkung Langit is the title of one of the songs in the album which the videos also released at the time the album released. Lengkung Langit talked about love, human soul and mother nature. Lengkung langit is a perfect song for you to listen at anytime, The cheerful beat
Read more
More posts