Total Eclipse of The Heart is a big hit single from Bonnie Tyler's album Faster Than The Speed of The Night. This 1983 single written and produced by Jim Steinman. Released as a single in May of 1983, the single reaching number one in several countries including the United States. 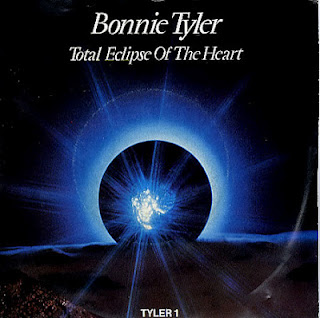 Bonnie Tyler was born in Wales on 8 June 1951 from a family of three sisters and two brothers. Her father was a coal miner and her mother was a known as member of a local church choir. Born Gaynor Hopkins, she changed her stage name into Bonnie Tyler as she sign a contract with RCA Records.

The original version of the song on the album was over seven minutes in length. For the radio, the song is trimmed to only four and a half minutes long,. The music video version is one minute longer than the radio version.