You Belong to Me- Carla Bruni 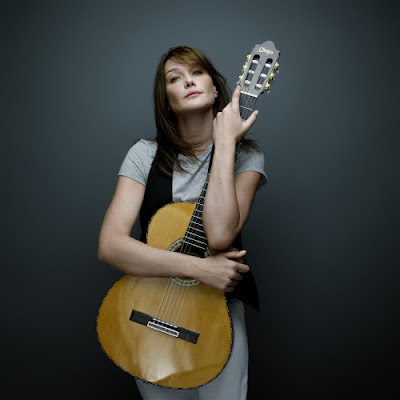 You Belong to Me is a melodic pop ballad from 50's credited to three writers: Pee Wee King, Chilton Price, and Redd Stewart. It is a perfect song for having an evening tea under a tree, alone. Even you hear the song for the first time, it would be as comfortable as the old shoe for you.

The song was recorded  in the 50's by  Sue Thompson,  Jo Stafford, Dean Martin. In the 60's This song was covered by The Duprees, Patsy Cline,  and Bing Crosby.

The most recent covers are by  Bob Dylan in 1992 released 2 years later as the sountrack of the film Natural Born Killers,  Vonda Shepard's version is played frequently in the romantic scenes of TV series Ally McBeal. Jason Wade of Lifehouse covered the song for Shrek Movie Soundtrack, Tori Amos also sang the song for the film Mona Lisa Smile in 2003.

If you look up in wikipedia, there are more than 100 singers had recorded the song.

In 2009 i bought a an album called  Comme si de rien n'était from Carla Bruni an Italian-French songwriter, singer, actress, and former model. In the album Carla also included a very beautiful cover of the song.