What If - Kate Winslet 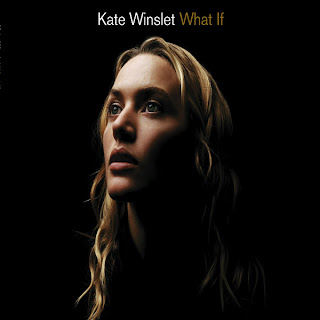 This is the song's info I copied directly from  Wikipedia

"What If" is the debut single by actress Kate Winslet, released in November 2001.
The song is taken from the 2001 animated film Christmas Carol: The Movie which is based on the Charles Dickens classic novel. Winslet provided the voice of Belle in the film, which also stars Nicolas Cage, Jane Horrocks and Simon Callow.

"What If" is a ballad that follows the film's theme, and was the first and only song to be released from the official movie soundtrack. It was written and produced by Steve Mac, who has worked with Westlife, Boyzone and 5ive. The music video, which was directed by Paul Donnellon and produced by Chris Horton, shows Winslet walking around an old Victorian house, along with clips from the film.

News that Winslet was secretly recording the one-off single to vie for the 2001 UK Christmas number one spot was reported in the Daily Mirror newspaper. In the event the song entered the UK Singles Chart at number 6[1], and was beaten to the Christmas top spot by Robbie Williams and Nicole Kidman's version of "Somethin' Stupid". "What If" debuted at number 1 on the Irish Singles Chart on 7 December 2001[2], toppling Irish television puppet Dustin's version of "Sweet Caroline". It remained at number 1 for four weeks. The song also topped the charts in Austria and Belgium (Flanders) singles chart, was a top ten hit in Germany, Switzerland and the Netherlands, and won the 2002 OGAE Song Contest.[3].

At Winslet's request, the proceeds from the single were given to the National Society for the Prevention of Cruelty to Children and Sargent Cancer Care for Children.