Welcome To My House- Dara Puspita 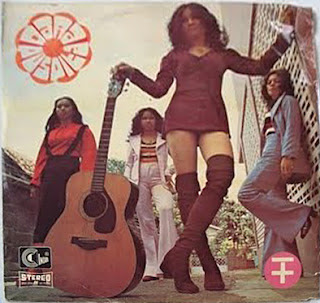 Dara Puspita was probably the most successful girl band in Indonesian Music History. In the 60's they are very famous with worth waited concerts in every region in Indonesia. Their music varies from pop to progressive rock.

Dara Puspita's stage performance and style is out of mainstream, they used to wear mini skirts with bright colors and knee-high boots. They were populat with the singles: Welcome to My House, Ba Da Da Dum, Surabaya, and Mari-Mari, A Go Go, and many more.

Dara Puspita also toured foreign countries, like Malaysia, Iran, Turkey, and even they had to do a concert tour around Europe. Thus, until the end of 1971 Dara Puspita's songs was very popular in France, Germany, Belgium, Netherlands, Spain, England, Hungary and other European countries. On 11 September 1971, Hamza resingned from the band and in April 1972, Dara Puspita officially disbanded at the peak of their popularity.

Here is my favorite song of Dara Puspita, Welcome to My House