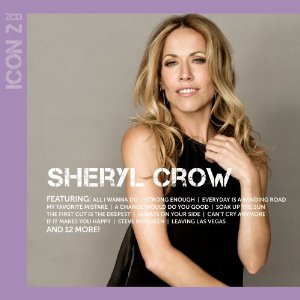 Did you know that "The First Cut Is the Deepest" was written by Cat Stevens ?  in 1967 act Stevens wrote the song and sold it to PP Arnold for £30. The song was released by P. P. Arnold in the spring of 1967 and later in the same year Cat Stevens included the song, sung by him in his album New Masters in December 1967.

Cat Stevens is an English singer-songwriter, born Steven Demetre Georgiou. After convert to Islam he changed his name to Yusuf Islam.
P. P. Arnold is an American-born singer who had worked with so many musicians including The Rolling Stones, Eric Clapton, yes, Roger Waters and Oasis.


"The First Cut Is the Deepest"  has been widely covered and has become a hit single for four different artists: P. P. Arnold (1967), Keith Hampshire (1973), Rod Stewart (1977) and Sheryl Crow (2003). For me, the best version of the song is the Sheryl Crow's version that featured in The Very Best of Sheryl Crow compilation album in 2003. The version became one of Crow's biggest radio hits and stayed 36 weeks in the Billboard Hot 100.