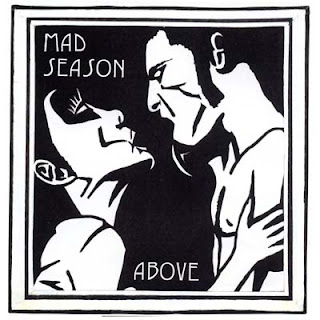 What happen when Pearl jam, Alice in Chain, and Sreaming Trees jammed in one group: a Super album is born.
It was all started when Pearl Jam's guitarist Mike McCready went into rehabilitation in Minneapolis, Minnesota, and met The Lamont Cranston Band bassist John Baker Saunders. After they returned to seattle in 1994, they formed a side band with Screaming Trees drummer Barrett Martin. The ban begin to write materials in their studio sessions. Then joined in the Alice in Chains's frontman Layne Staley, and they made a perfect circle.

With all the influence from each member the album offers a multi-taste songs. Above included the singles "River of Deceit", "I Don't Know Anything", and "Long Gone Day".

The most well known song is River of Deceit for it's clean and distortion free guitar sound and melodic bass line, make the song flow like a river. I Don't Know anything is an Alice in Chain typical song plus Pearl Jam's Mike Solo guitar. In Long Gone Day, The Screaming Trees vocalist Mark Lanegen contributed vocals and additional lyrics to "Long Gone Day", it is a bit jazzy song with a part of saxophone solo of Saxophonist Skerik that remind me of the Doors.

My Favorite song besides the three songs mentioned above is Lifeless Dead. The Song has cool riff and beat. here is the video of Lifeless Dead