Don't Look Back In Anger-Oasis 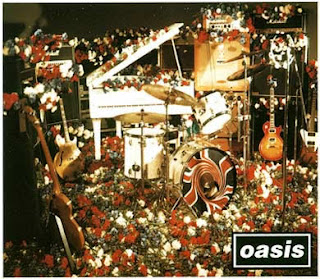 Above is the cover of Oasis' single Don't Look back In Anger released in 1996 and reahed #1 in the UK Singles Chart. This song is included in the Album (What's the Story) Morning Glory. It was written by the band's guitarist and, Noel Gallagher.
For me, the song is a must play song in every time I had a school band rehearsal. The song is a singalong, easy to digest, and have simple chords to play. But I found my drummer have difficulties in a before last chorus drum part.:)
This song is a big success of Oasis. , the song was a hit in many charts in different countries including number #1 for UK Singles Chart and Number #10 for U.S. Billboard Modern Rock Tracks.

Who is Sally?
I don't know her. I bet Noel and Liam don't know either.

Buy the Song from Amazon: