The Call of Ktulu 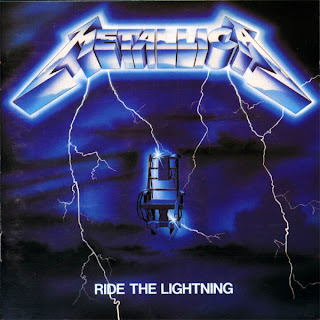 This song caught my attention when I first play the Metallica’s live concert S&M. The Album is the recording of Metallica’s live performance accompanied by symphonic orchestra arranged and conducted by Michael Kamen in April 21–22, 1999 at Berkeley Community Theatre, Berkeley, California.


According to www.encymet.com, The song "The Call Of Ktulu" was Metallica's first instrumental song on which all band members played together, The song is featured in Ride The Lightning Album.


The song is usually played as a part of Bass and Guitar solo performance but there were times the song performed live in full and regular version, the first one is in the "Country Club" in Reseda, CA on august 30 in '83. The Instrumental Performance" for the song "The Call Of Ktulu" ("S&M" version) won a Grammy Award in 2001 (February 21st) in the category "The Best Rock

Called "When Hell Freezes Over" on demo version, the song was inspired by H.P. Lovecraft's sole book "The Shadow over Innsmouth" which was first introduced to the rest of the band by Cliff Burton. The spark of beeing fascinated by the book began quickly spreading over the rest of the band. The song's name was taken from one of H.P. Lovecraft's main story featuring Cthulhu "The Call of Cthulhu" which has been written in 1928 for the magazine "Weird Tales". The name "Ktulu" is originally written "Cthulhu" by H.P. Lovecraft.


This song has no lyrics probably because in some of H.P. Lovecraft. stories it is written, that the ordinary mortals aren't allowed neither to spell out his name nor to write it down because his name would call him. Metallica probably used the name "Ktulu" instead of "Cthulhu" because they were afraid "Cthulhu" would be copyrighted.

If you like this song buy it from amazon: