Bang Bang (My Baby Shot Me Down)- Nancy Sinatra 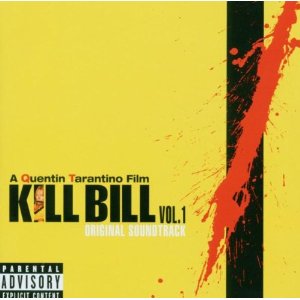 I was acquainted to this song by Quentin Tarantino's film Kill Bill (2003) and it was a love at first hearing, later I checked the soundtrack of the album and check the tittle of the song was Bang Bang and it was Nancy Sinatra's version.

Bang Bang was written by Sonny Bono, and released in 1966 as the second single by singer-actress Cher from her second studio album The Sonny Side of Chér. The song was covered by singers from different countries and sung in several different languages.

I listened to the Cher's version of the song but did not get the same feeling as i was to the Nancy's. Probably it was the tempo and the instrument used is different. Nancy's version released also in 1966 the same year with the Cher's, Nancy Sinatra feature the song in her album How Does That Grab You?.With a slower beat tempo and the trembling sound of the guitar played by Billy Strange, this song sounds far more dramatic than the Chr's version. The Cher's version is using a complete band instruments, including violins, guitar, piano and tambourine with a faster tempo than the Nancy's and of course with the sound of violin and the piano, the song is still sound dramatic.

So why did I find the Nancy's version far more impressive? i think it was not the song, it was not the singer but the supporting environment of the first listening experience of the song did matter. the first time i fell in love with the song is when i watched the Kill Bill movie where the song was played. While the song played as a soundtrack, the scene in the movie go through the eyes and send the signal that help our brain to articulate the deep and dramatic feel of the song.

Buy mp3 and cd at amazon: