don't dream it's over 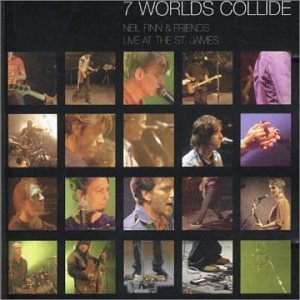 "Don't Dream It's Over" is a beautiful song written by Neil Finn of the Crowded House released in 1986. I found this song in the Neil Finn's 7 World's Collide Album Project. A Beautiful album in which many great musicians involved  including Pearl Jam's vocalist Eddie Vedder .

You can find another version covered by Sixpence None The Richer as a singel to promote their album called divine discontent.

This song is literally deliver positivity and optimism. With a heart warming chorus for the defeated and give spirit to the brokenhearted. It's a song to cheer you days up.
If you like the song you can buy this song at Amazon.com